You Only Live Once

Health & Safety has gotten a bad rap. The Health & Safety Authority was concerned they were being seen only as the people who only show up to put a dampener on everything with myriad rules and regulations, sucking the life out of everyday life.

Health & Safety has become a bit of a joke to many, with inspectors seen as little more than the fun police; party poopers out to put a dampener on those just trying to get on with the business at hand. How could people be reminded of the importance of having and enforcing health & safety standards, while at the same time make a case for the Health & Safety Authority in a way that would engage?

There exists in Ireland an “it’ll be grand” attitude to life. People regularly take chances with their personal safety, shunning protections, regulations and precautions because “sure it’s only for a second, where’s the harm” and so on.

Adopting the globally understood (and often universally idiotic) call of YOLO and You Only Live Once, this work reminded people to Please Think Twice when it came to their personal safety. And just to disrupt their notion that Health & Safety had become ridiculous, it went about making its point in the most ridiculous way. The campaign went down in the run up to Christmas party season, a time when no one ever suspects the dangers lurking around the next tinsel-festooned corner.

Posters were made available as cut-out-and-put-up press ads while also being available for download from YOLOSAFETY.ie 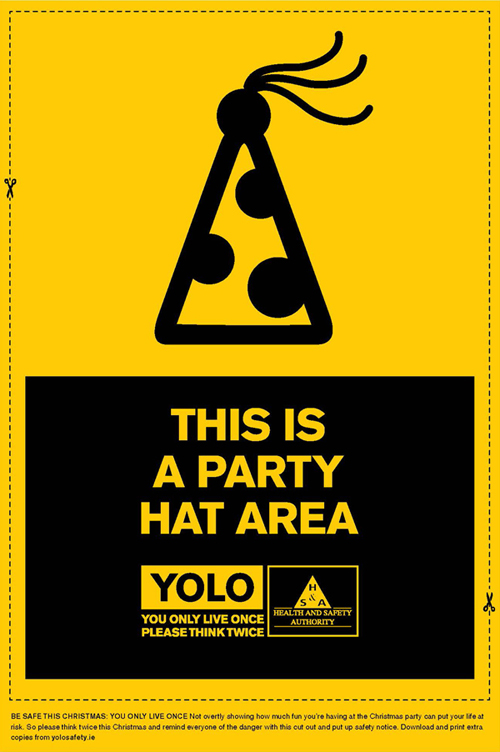 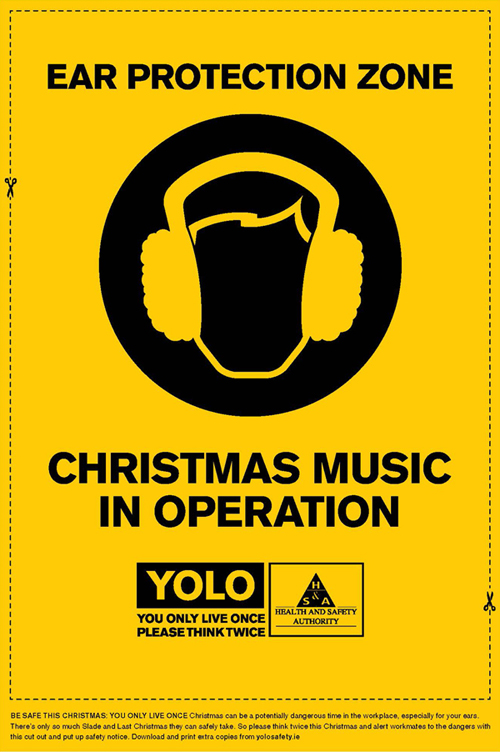 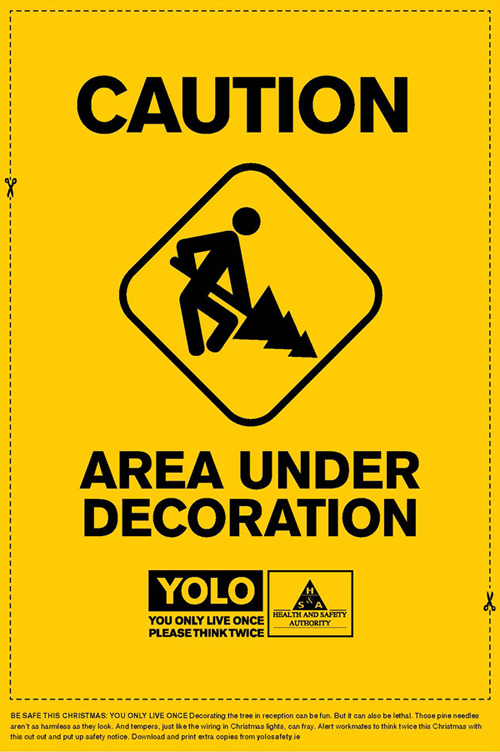 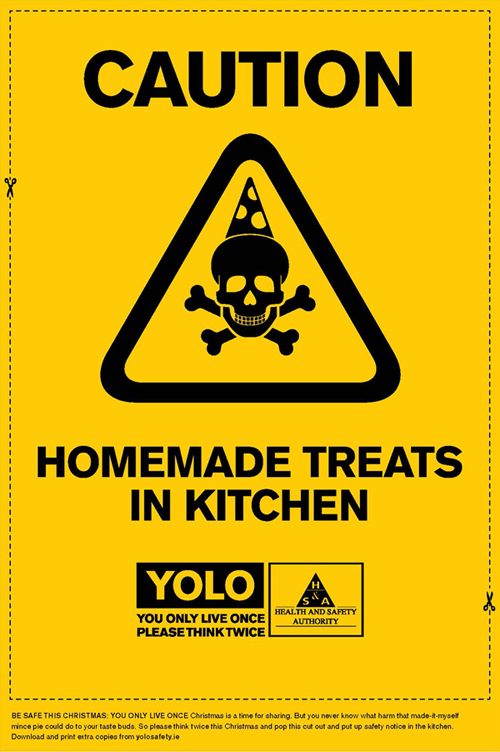 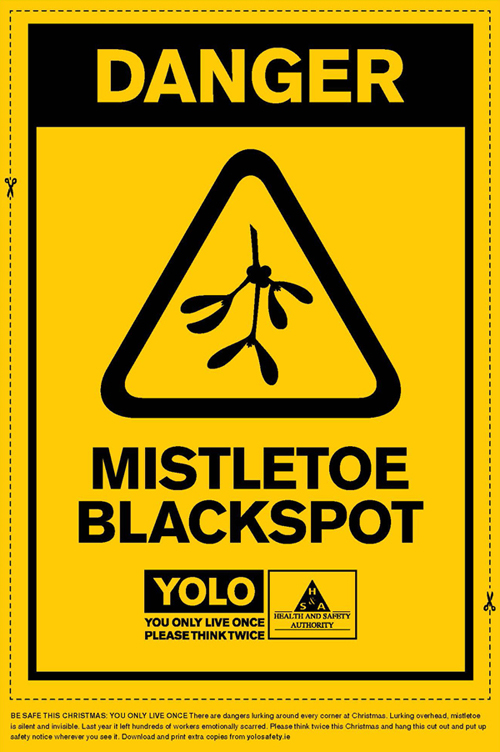 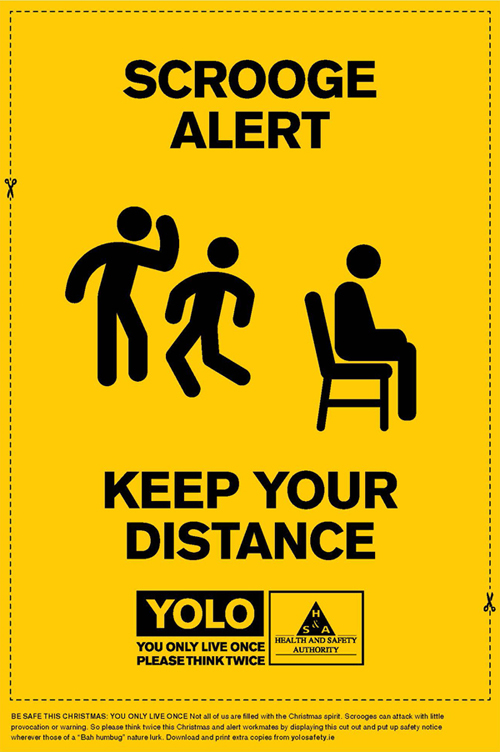 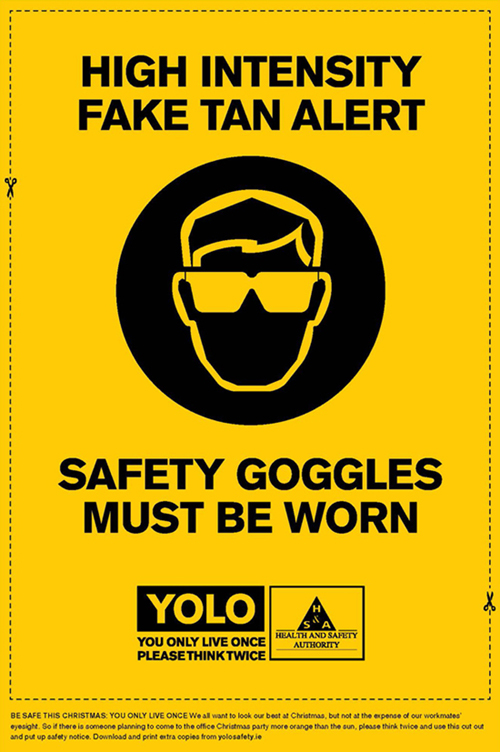 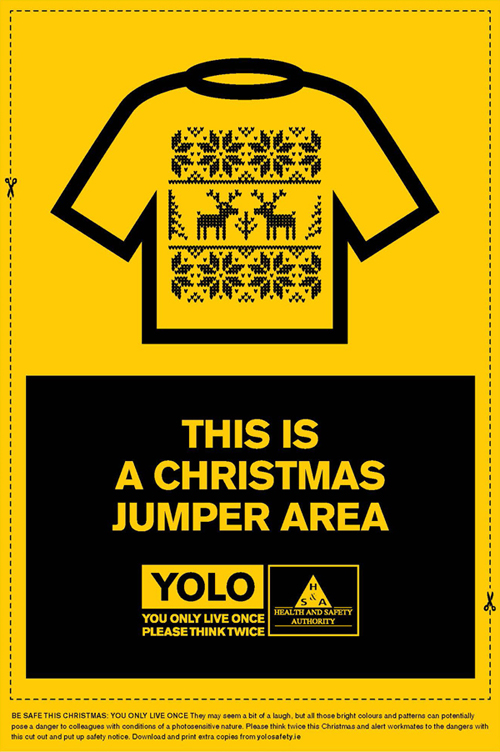 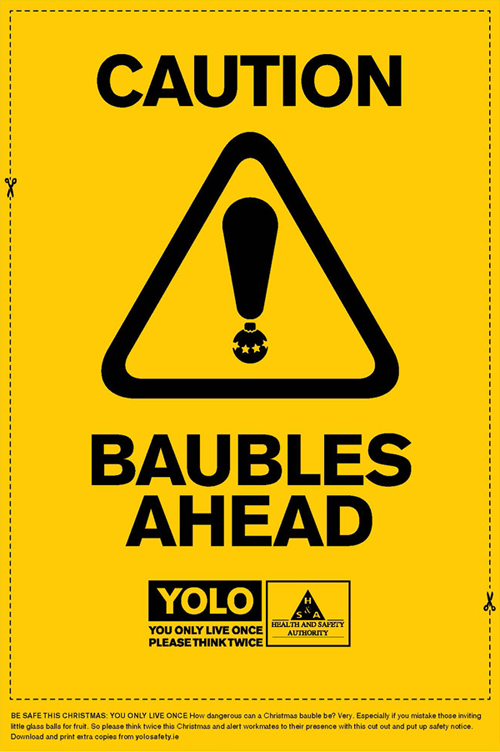 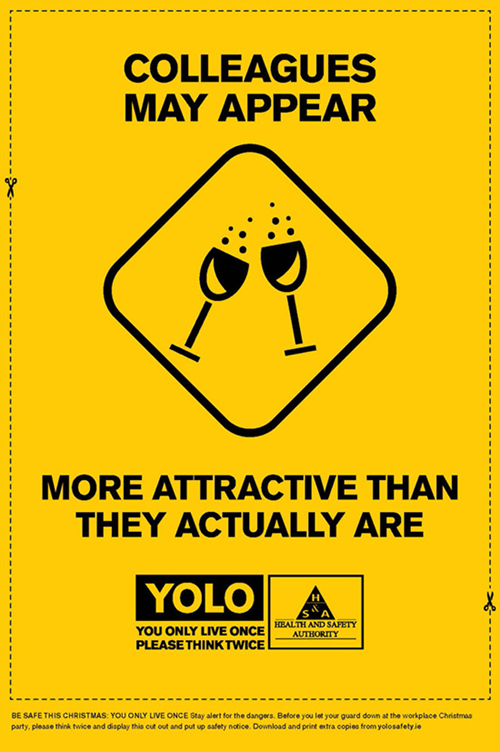 At YOLOSAFETY.ie, visitors could also peruse a range of fake products aimed at making Christmas workplace partygoers safer during the festive season. 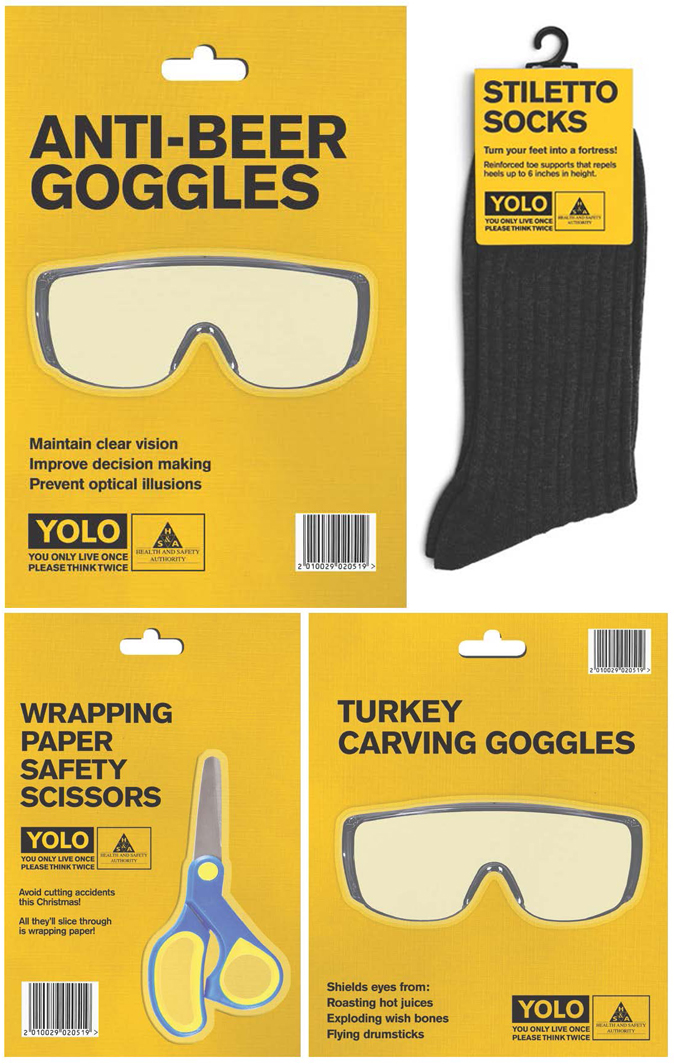 Here, the YOLO Workplace Party App could also be downloaded, which would look out for you on the big night on all fronts. 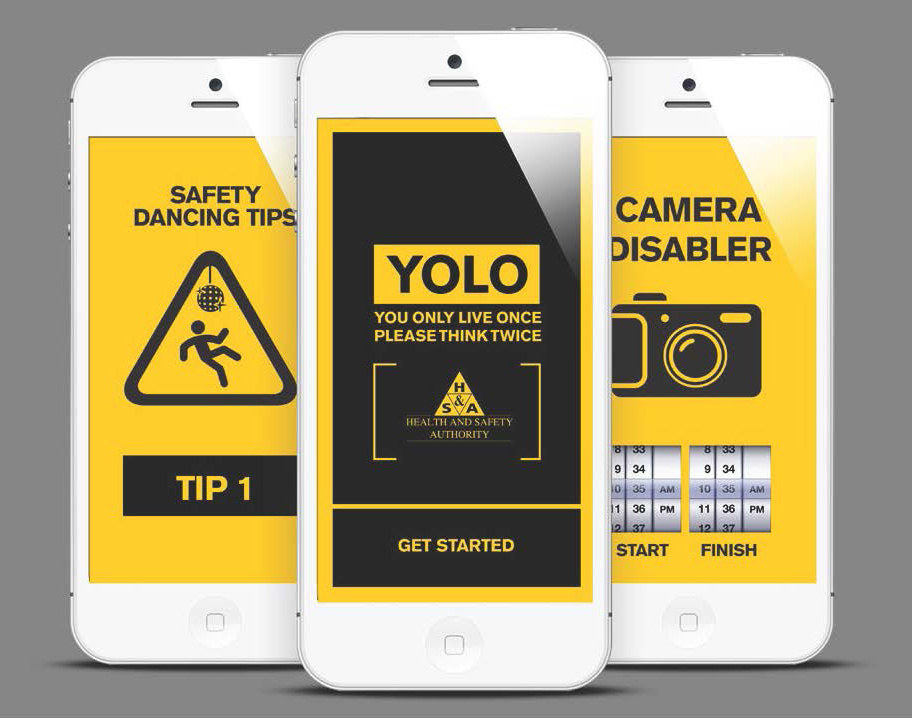 Features of the App included camera disablement after 9:30pm to avoid dangerously embarrassing incidents, risk-free jokes to throw into conversation without fear of offending, safe dancing tips and timed reminders so that you didn’t forget to buy your Kris Kindle gift, ensure you had a big lunch to line your stomach on party day, and a nudge to leave the paracetamol in an easy to reach spot for when you woke up the next morning.

Course, in the midst of all this craic, the final pay-off message of the whole campaign had to be delivered. And YOLO.ie was the place to do it. 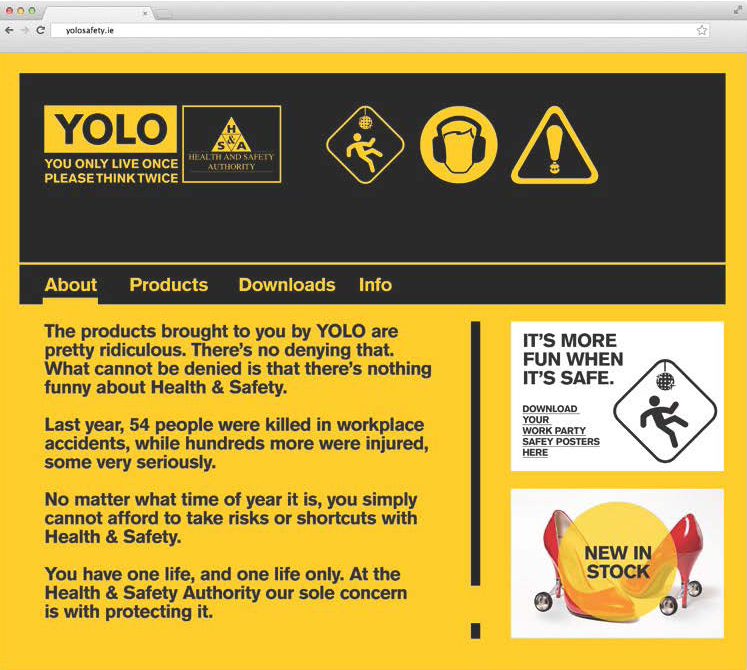