The only way to know for sure if someone wants to have sex with you is to ask them.

Usually campaigns for the Rape Crisis Centre are directed at victims of sexual violence or those who know somebody affected by it. This was an interesting brief in so far as it was aimed at would-be perpetrators rather than victims.

It’s something of a culture shock for young students making the transition from secondary school (high school) to university and college life. Many will have gone to single-sex schools and just turned (or are soon to turn) 18. Living away from home for the first time, it’s easy for them to lose the run of themselves, especially with so much promotional alcohol on literal tap within the first few weeks.

In recent years the instances of rape and sexual violence on and around college campuses have been steadily increasing. Aimed at young male students, this campaign sought to make it clear that when sex looks likes it’s on the menu, be sure and ask first to make sure. Without both parties consenting verbally to sexual intercourse, it’s technically rape. 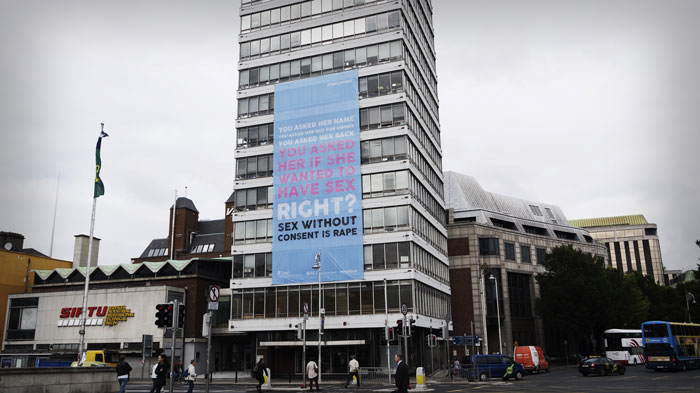 In addition to the large scale print and outdoor formats devised for the campaign, an online social element was this quiz format piece that tested people’s knowledge of the ways you know a girl wants to have sex with you. 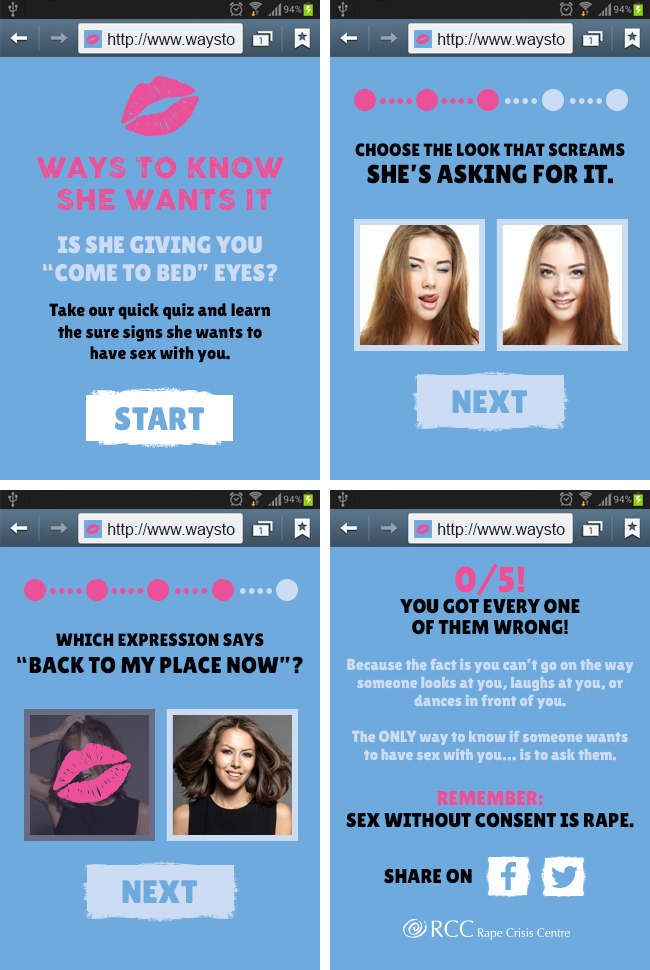 On the ground, the campaign played heavily upon the association between alcohol and non-consensual sex with this audience by putting bottles of a hard-hitting new drink brand in the hands of students in bars surrounding colleges. 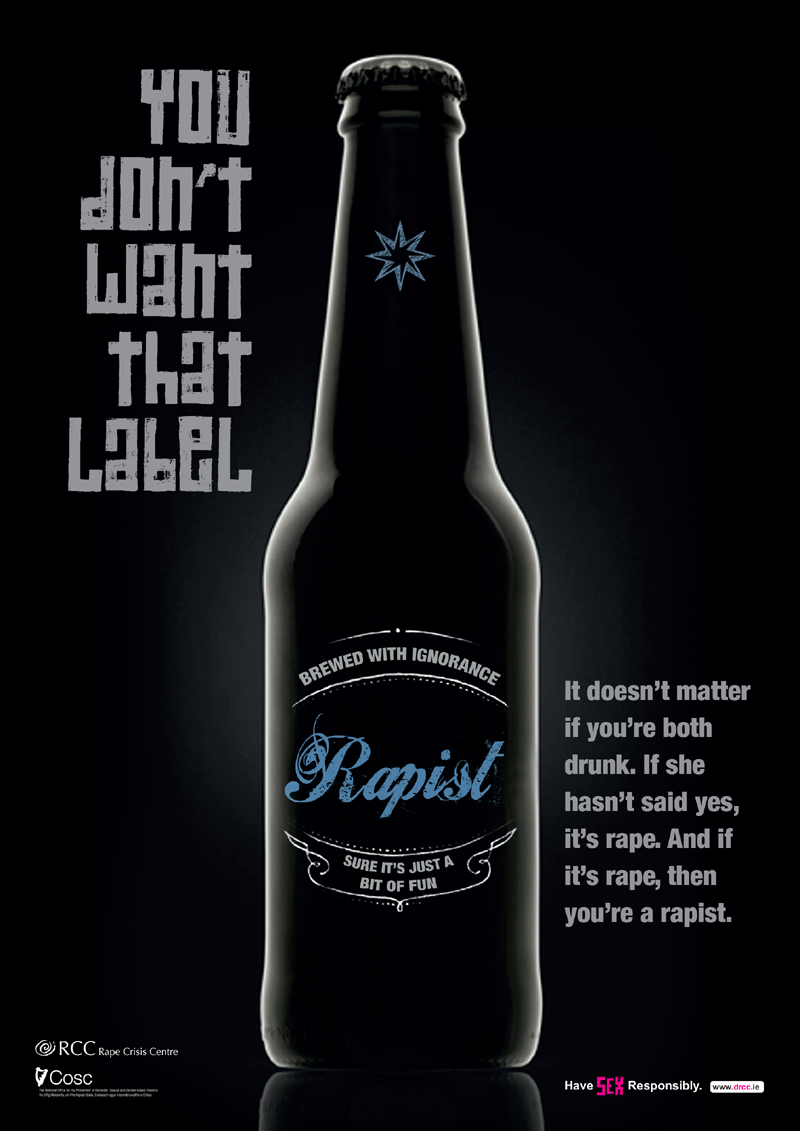 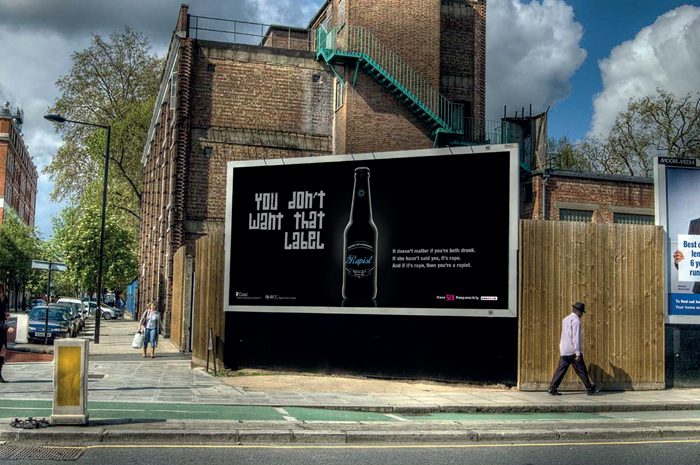