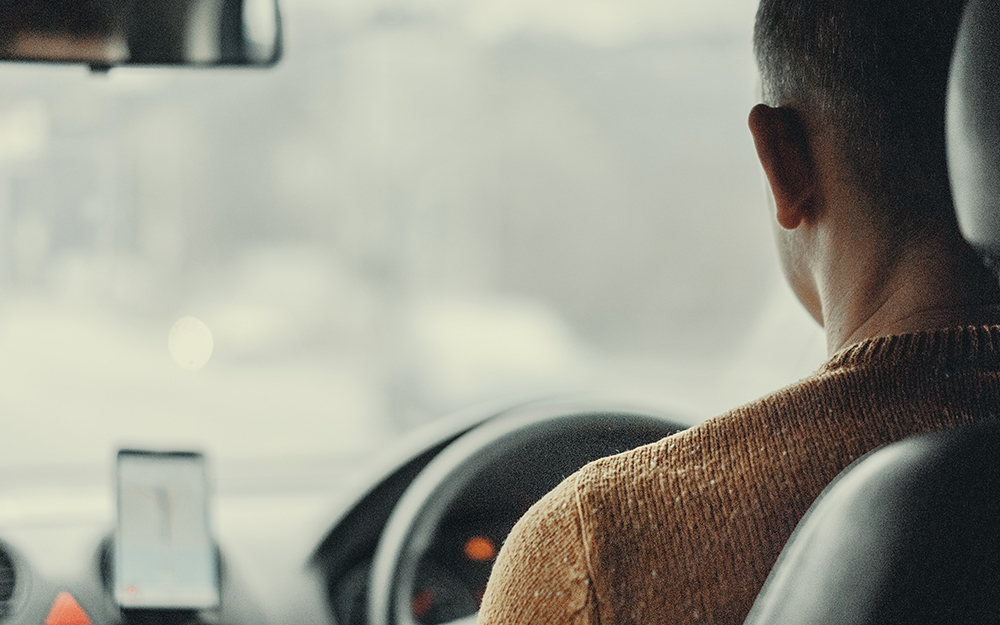 “I fucking hate Thursday mornings.”
Philip looked up from his phone in the back seat of the cab. “What’s that?” They had come twelve miles from his house and these were the first words the taxi driver had uttered. He knew it was too good to be true, having a driver take him all the way to the office without any attempts at inane banter. And now, with less than half a mile to go, this fella has to open his cakehole.
“I said I hate Thursday mornings.”
Against his better judgement, Philip heard himself taking the bait. “Oh yeah? Why’s that?”
“The Walking Dead.”
“Lost interest after Season 2, mate.”
“Not the TV show,” said the driver. “The bleedin’ junkies. Look at the state of them.”

Philip pocketed his phone and leaned forward, perching himself in the gap between the driver and passenger seat. They were in slow-moving traffic on the quay along the River Liffey in Dublin city. While most of the pedestrians were waiting for the traffic lights to give them permission to cross the street, a small group of stick-thin people in tracksuits, clutching plastic carrier bags and Costa coffee cups, were shuffling out in front of speeding bicycles in a world of their own, oblivious to any potential dangers.
“The post office on the corner here,” the driver said. “Every Thursday morning. They all come down to pick up their dole, don’t they? Won’t miss that, even the ones who can barely walk.” He laughed. “Like Gandalf there.”
The driver lowered the window. As the herd filed past, they spoke to one another as if they weren’t talking to each other at all, broadcasting to anyone who could hear their signal with a monotonous drawl that was as sluggish as their gait. At the head of the posse was a man with a crutch. While he had a limp, he wasn’t using the aid to help him walk, he was holding it an inch or two above the ground. “Look at him. Holding it out like a metal detector. Maybe that’s it; it’s leading him to the post office. Christ knows he barely has any idea what day of the week it is, let alone where he is.”
“Maybe the crutch gives him his power,” said Philip.
“That’s it, that’s it,” said the driver. “Some Lord of the Flies shit. He who wields the crutch is the leader.”
“Leading his tribe.”
“Yeah, parting the morning rush hour like the fucking Red Sea.”
“Moses on methadone,” said Philip, regretting at once throwing petrol on the driver’s fire.
“That’s a good one, I like that. He’s going to come out now with his cash as soon as the post office opens and use it to buy some tablets, only they won’t be the kind you etch commandments into. Not stone tablets. Tablets to get stoned.”
This guy was on a roll now.
“Did you hear about the Olympics when they had them in Rio there a few years back?” Change of subject. Thank fuck. “They had these task forces that went around cleaning up the streets before all the dignitaries, the athletes, or the TV cameras rolled in. Well, when I say task force, I mean death squad. Cleansing the streets of its scum.”
“You mean homeless people?”
“Homeless, junkies, they’re all one and the same to me.”
Philip prayed for the lights to change.
“When I’m in power…”
Oh, Christ.
“I’d napalm this place every week at this time. You know, with them all gathered in the one place. Like in Gremlins, you know, when they have them all shacked up in the cinema and they try to burn them.”
“Great reference,” said Philip, noting the amount on the meter and throwing some cash on to the passenger seat. “You know what, I’ll walk from here. Think, next week, I might try the bus.”

Photo by Victor Xok on Unsplash