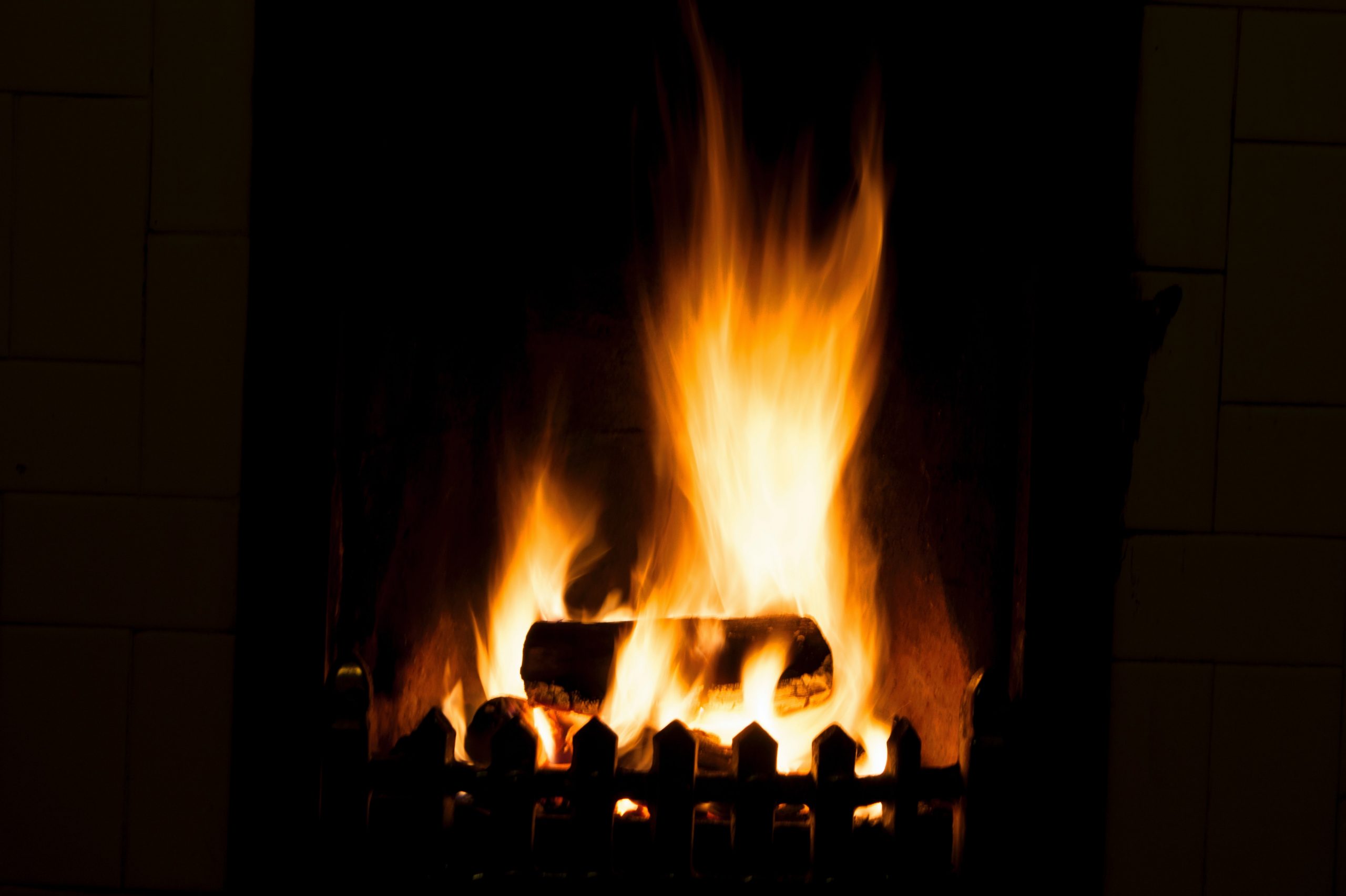 Even now, I can’t bring myself to tell my mother about the rug.

At some stage, every little boy has a fire phase. A fascination with the flame, if you will. It calls out to each of us at some point. And it sang its song, luring me on to the rocks, or on to the hearth, when I was about twelve years of age.

Circumstances aligned each weeknight beautifully while that fascination lasted.

My mother, my very house-proud mother, worked nights, in the bar of a theatre in the city centre. And to make it there on time, she would have to leave and head off into town in her blue Mini City at ten to seven.

Now, my father didn’t arrive home from the factory he worked in as a welder until a quarter past seven, typically. So that gave me roughly twenty, twenty-five minutes to work.

To experiment. To play. With fire.

This was before the arrival of natural gas and every house having central heating on tap. It was still coal fires and a Dublin choked by smog in the winter. Which is when this story takes place.

I’d spent years watching my mother setting the fire and all her tricks to get it going when it was being stubborn. Like, for instance, taking a spread from the newspaper and holding it up to the grate. Don’t know what the physics were exactly, but it would create a rush of air in the chimney that would feed the flame and cause it to erupt.

I would do this once I heard the Mini’s engine fade into the distance and was alone in the house, but with an already lit fire.

The flames would lick at the newspaper, their glow on the other side of the wafer-thin newsprint illuminating the halftone photographs of politicians, criminals, footballers and personalities in the headlines that day. It gave me a little thrill to see which of the faces the flame would grab a hold of first, before it burnt through the page like at the start of Bonanza (yeah, it was made in the sixties but they reran the crap out of it in the eighties). Course, then the whole page would go up and I would have to let it go.

Usually, it got sucked into the grate and was gone in a couple of seconds. Occasionally, I’ve have to go around the living room chasing after several charred black remnants floating in the air like black snowflakes.

If I wasn’t doing that with the newspaper, then I was making fuses from it, rolling strands of torn newspaper into thin strips and tying them together, dipping them in the flames and lying them on the hearth, watching them burn.

The living room was also home to a pretty well stocked drinks cabinet. It would be a few years before I discovered the pleasure of drinking rum, vodka or whiskey. In 1988, I was more interested in the properties that made them accelerants, throwing measures of each into the flames to see which would give me the most return.

But of all the things that captured my imagination about the open fire, the humble poker dominated. I loved holding that thing in the fire until the black metal glowed red. Then I would take it into the kitchen and stick it in a glass of water to watch it hiss. Sometimes I would leave it in the fire long enough for the point to turn white hot instead.

Then, one night, glued to an episode of Doctor Who, featuring Sylvester McCoy as possibly the worst, most forgettable incarnation of the Time Lord, I lost track of time and how long the thing had been in there. Expecting my father home any minute, I reached for the poker, only to find the heat had conducted its way along the entire solid metal length. I grabbed it out of the fire but could not hold on it, dropping it onto the day-old newspaper from which I had previously been fashioning fuses.

It caught fire immediately, and in my haste to quench the flames, I grabbed the poker again with my other hand. By the wrong, white-hot end. This made me drop it once more, this time right at my feet, on my mother’s plush, brown fireside rug.

I can still remember the phfiss sound and the smell as the black smoke rose, the poker essentially branding its shape into the centrepiece of my mother’s living room.

That seemed to drain the length of metal of all its energy. Either that, or fear of the repercussions for what I had done numbed me to the pain as I picked it up and returned it to the hearth.
I sat on the floor for what felt like hours, then, crying tears all over the shop, cursing myself and wishing I could turn back the clock. I do recall the palm of my hand being sore, but that pain paled at the prospect of what I might endure at the hands, literally, of my mother. She was pretty handy, like so many mothers at the time, with the slaps.

The phone rang then out in the hall. It was my father, to say he would be another hour or so, that he was doing a bit of overtime.

I didn’t know whether this was a good thing or a bad thing. I was in despair. I returned to the living room, kind of hoping I had imagined the whole thing and that the rug would be as it had been before.

I slumped to the floor and clawed at the burn, at the deep groove sculpted into the rug.

Some of the black crumbled away. The rug was so thick and dense, that the poker had not burned its way completely through to the backing.

Hang on a sec.

I rushed off and came back with a comb, gently working the damaged area, brushing until all of the blackened area was clear. The outline of the poker was still there, but. I went to the kitchen and got a scissors. I trimmed the area around the impression of the poker, fading and blending, and then doused it with water. I got a hairdryer and spent a while styling the bastard rug until you would have to know what had happened to see the damage.

My tears of fear became ones of joy as I covered my tracks, burying all the evidence of my crime and returning all the tools of my clean-up to their respective places.

The first test, I passed with flying colours. My dad came home from work to eat his reheated dinner watching A Question of Sport, sat on the armchair next to the rug, with his feet resting right on it.

He didn’t notice a thing.

But the real test would be my mother.

I walked home from school the following day expecting the worst. She would have come home at three in the morning and wouldn’t have noticed anything, and was still in bed when I left that morning. But she would have cleaned the house top to bottom that day, like she did every day. Nothing escaped her attention.

Except this. This did.

I never forgot that rug. I told myself that, one day, I would reveal the truth to her and we would all laugh about it, especially as she mellowed as the years past. But I never did. Even after the rug went to the great landfill in the sky and was replaced again and again, even after we moved to a new house on the other side of the city, I have never told her.

Hope I didn’t give anybody the wrong idea. My mother isn’t dead. No. Just like the story of what happened with the fire, poker, newspaper and rug that Tuesday night 32 years ago, she is still very much with me.

Photo by Janice Gill on Unsplash