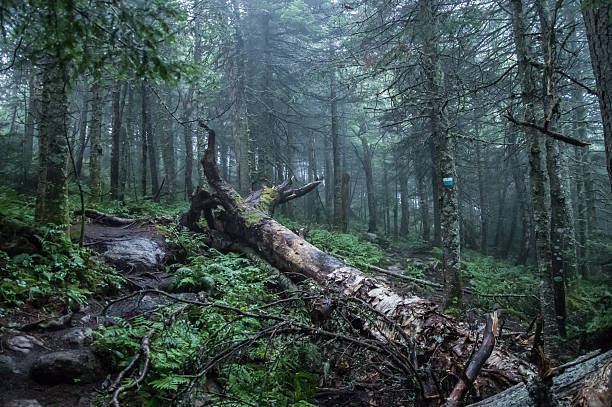 Monday morning.
There’s nowhere I need to be.
And nothing I have to do.
Once, this was the dream. But seeing as I never got round to putting something by for the proverbial rainy day, it’s the farthest thing from.
No matter how much I might have hated the day job, at least it gave me purpose. I’m not going to find much of that strolling along on this actual, non-proverbial rainy day in these depressing, gray woods, but maybe the fresh air will do me some good.
Yeah, right.
It’s not fresh air I need; it’s a job. And quick. The shitty severance I got isn’t going to last pissing time.
I’m laying the ground work for another sleepless night or ten, doing the mental arithmetic of just how much time pissing time amounts to, when I step ankle-deep into a mud-filled puddle.
Well, of course I do.
Cake, have some icing.
I squelch-limp over to a long-fallen tree and take a seat on one of its broken boughs. I don’t bother taking the shoe off. What’s the point? It’s forty degrees outside. Not like waving my sock around is going to help it dry any. I sit there long enough for it not to matter anymore. Long enough to drift off into my own little world of opaque pointlessness, a world so sealed off from this one I do not see or hear the little boy in the brightly colored raincoat until he’s standing right in front of me.

“Hello,” he says.
“Hi,” I say back.
“My name is Martin,” he says.
“Is it?” I say. “That’s unusual.”
“It is?”
“Well these days, it is,” I say. “Unusual in that it’s so normal. Which is not a bad thing. How old are you, Martin?”
He thinks about this. “Six.”
“Six, wow.”
“How old are you?”
“Too old,” I say.
He just stares at me, the way young kids do. The only sounds are those of the trees swaying in the breeze and the rain as it lands in the puddles.
No birds.
No dogs.
No people.
I look around the place. Except for myself and Martin there isn’t a sinner. I’m opening my mouth to ask him where his parents, parent or guardian are, or is, when he beats me to it.
“I’m lost.”
“Oh no,” I say, offering a sympathetic smile.
“Are you lost?” he says, underlining the ‘you’ so that it sounds like there are several o’s in the word.
“Martin, you have no idea how lost I am.”
“Lucky I found you then,” he says.
“I guess it is,” I say.
“Yes, we can help each other find our way back.”
“I think that’s a great idea,” I say.
He nods excitedly.
I imagine he’s come from the direction his back is facing, so I stand up and start walking that way, checking to make sure he’s by my side. I stop myself from taking his hand. If whoever’s he’s with does come crashing out of the trees looking for him, I don’t want them to think I’m some kind of psycho-pedo-kidnapper or something. It’s only Monday and I’ve got enough to deal with already.
After the promise of such a pleasant exchange, we walk along in silence. From time to time, I can make out Martin’s voice counting his footsteps.
Now and again, I have to help him across a stream bed or clamber over yet another felled tree. Conscious of my one soaked-through shoe, he points out puddles and patches of mud to help me preserve my still-dry one.
“How come you’re not in school, Martin?”
He looks back around at me, breaking off from his count, and says, “How come you’re not in work?” giving the ‘you’re’ that underline for effect again.
Touché. Cheeky little bastard.
“They got rid of me; didn’t want me anymore,” I say.
“Same here,” he says, looking up at me, smiling.
“Were you good at your job?” he says.
“The best,” I say. “I just didn’t have fun doing it anymore.”
“Me too,” he says.
He’s a smart kid.
“So, if you’re not in school, what do you do all day?” I ask him.
“I play.”
“All on your own?”
He shakes his head and looks up at me, counts down from three to one aloud, each number synchronized with a step and, instead of ending on zero says, “With my friends.”
The ground beneath my feet sinks a little before completely giving way under my weight and I plunge into darkness, followed quickly, as I hit my head on the ground, by unconsciousness.
Christ-Almighty pain is the smelling salts that bring me around. My leg is twisted in a way nature never intended. I’m lying on my back in a puddle of something that’s not water looking up at the hole I just fell through. The pit I’m in is about eight feet deep. With two working legs I’d have no problem getting out. With just the one, my chances are zilch. There’s an eye-watering stink down here my concussion is only coming to terms with when I clock Martin peering over the edge, regarding me the way one might a goldfish in a bowl. Indifferent, let’s call it. He’s flanked by another half-dozen little boys, all cast from the same angelic, butter-wouldn’t-melt mold.
“Look at his leg,” one of them says.
“Yeah, cool,” says another.
“He’s all wet,” says a third voice.
“And cold,” says a fourth. “He’s shivering.”
“Let’s warm him up then,” says Martin, producing a lighter from his raincoat.
It’s then that the haze clears and I realize what the overpowering smell down here is, and what the puddle I’m lying in consists of.